The C-Word: How to Say No

I am always asked this question.

When faced with the enormous weight of the medical establishment and the cancer industry, along with the battalions of family members and friends who told me I was a selfish, unrealistic, irresponsible mother with a death wish, how did I say no?

How do you make a decision based on the quiet voice of your intuition when you're scared out of your skin? And when almost every person of repute is telling you that your intuition might be deadly wrong. 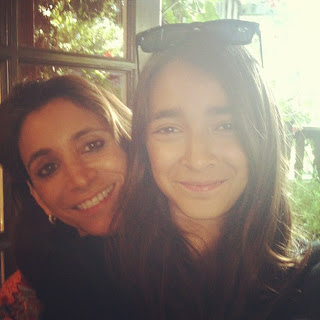 How do you do what you feel in your gut is right for you and your body?

Toddlers say, "No" often and with conviction. "No green beans!" "No shoes!" It's simple.

Teenagers do it by rolling over and going back to sleep. Or ignoring their parents' text messages. It's all about creating a separate identity and learning to make your own boundaries. It's a crucial developmental step.

Eventually, though, as we grow up, we all learn the value of saying, "Yes." Or at least, "Oh, all right," most of the time. It's a necessary part of living in society. We get to work when we are told to be there, we do the laundry for the whole family, make dinner when we're exhausted.

The problem is that we - especially women - often forget that we need to assert our independence sometimes. Not just for the brief rush of power (and ensuing guilt) of doing what we want, but as a sort of self-protection. There is only so much you can do and if you don't learn to protect yourself, the world will eat you up.

I am not suggesting that the world is malicious, just that the people who love you most, who care most about you, sometimes don't realize that you are a human yourself who also has a responsibility to herself. That sometimes you need to tell them, "No."

When you are sick, this can get even harder.

If you feel like your illness might respond better to a certain diet, let's say your own version of Unger's Clean or Gerson therapy or any of the variations and options out there, you need to protect yourself from the people who love you and may have stayed up all night baking your favorite brownies or frying samosas. If you are weak and tired and you don't even really like brussel sprouts, but you somehow know that's what you need, you need to say, "No, thank you," to the person who brought cupcakes and the doctor who says, "What you eat doesn't really matter anyway."

For the hospital, here is your first bit of ammunition. In the land of the invalids, the squeaky wheel gets gets the oil. Statistically, patients who complain and demand attention get better care - and recover faster. The more active you are in the process, the better your care will be - mainly because you've lived in your body and you know it better than any doctor ever could. I'm not suggesting you be nasty and mean to anyone - and especially not the nurses because they really work hard - but that you stick to what you believe.  Even doctors and nurses, when they stop to think, believe this.

The uncomplaining patient who quietly does what she's told tends to be forgotten in the rush. If you have unpleasant symptoms or side-effects and you don't demand that your doctor address them in some way, you run the risk of hurting yourself in the long run. The human body reacts differently to different drugs as well as different illnesses. It's possible that something that seems unimportant may turn out to be something serious.

That's why I suggest you listen to yourself and your body. Trust your intuition.

Even if every single person tells you that acupuncture or prayer or avoiding surgery or chemotherapy or radiation is a stupid thing to do, if you feel like something is not working for you, if you get a sinking feeling as you start do it, say, "No." (Interestingly, my daughters never question my convictions).

Remember that you can. There is a patient's bill of rights that allows you to refuse any treatment that you don't feel is benefitting you. It means that your doctors need to explain what they are doing and why. Just because something has "always been done that way" or because something is the "standard protocol" doesn't mean it always works or it can't be improved upon.

In my case, I knew too many people who had suffered from the side-effects of chemotherapy and radiation. The cancer was defeated, but with many of my friends, it came roaring back in four or five years because the person's natural immune system was so decimated by the chemo. I've known people who were killed by the side effects of chemotherapy and radiation but I never met anyone who was killed by natural medicine.

While I am a big proponent of natural healing methods, there is a lot to be said for your own state of mind. If you really have faith in whatever method you are using to get well, it is likely to work. If you have your doubts, don't do it.

For me, I tried psychic healers, massage and cranial-sacro therapists, acupuncturists, integrative oncologists, reiki healers, brennan method healers, nutritionists, and hypnotists. I chose them based on positive recommendations from others. If something felt good - and I found research supporting it - I kept doing it. If it didn't feel like it was doing me good or I didn't respond to the energy of the person, I stopped. I really worked on not being intimidated by either the New Age machinery or the medical industry.

Cancer and other life-threatening ailments are big business and too many people are scared or intimidated into spending a lot of money on treatments that don't work for them. Say, "No."

Not to be too trite but in Legally Blonde Two, Elle Woods uses a disappointing haircolor as a metaphor:


Sometimes you realize that part of the reason you got sick was that you didn't learn how to say, "No" enough. No, I can't drive you there. No, I can't keep the kids this weekend so you and your girlfriend can go to a bed and breakfast. No, I can't cover that bill. No, you can't come have your lunch at my house just because you're in the neighborhood.

Years ago, my mother taught me the beginnings of saying no to authorities. "Well, the recipe calls for three cans of chicken broth, but I made some chicken stock myself so I will use that." Or "The doctor told me to take this, but it's making me feel sick, so I'm going to throw them away and call him."

Start small. But work on it.

It's not always nice to say no to the people who care about you. But it's better to be nice to yourself some time.

When I finally told my oncologist I would not do any more chemotherapy despite her recommendations, she said, "You'll be dead in 12 weeks."

When I told the psychiatrists who were sent to counsel me that there were other ways to cure cancer, they laughed and said, "Those are fairy stories."

That was two years' ago. (That doesn't mean I might not have a relapse anyway because five years is the mark, but I've enjoyed the last two years at full steam).

It could save your life.

Posted by Ameena at 8:20 AM 3 comments: Links to this post

the c-word or ten pieces of advice

once, at memorial sloan kettering, as a scottish chemo nurse was sticking an iv into my arm - ugh, i still feel nauseated just thinking a... 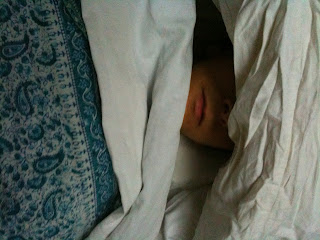